What are OptRx® Crop Sensors?

OptRx Crop Sensors measure and record data about crop health in real-time using the reflectance of light emitted on the growing plants. The OptRx system then determines the vigor of the crop (Vegetative Index). 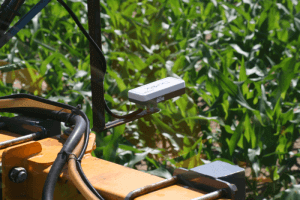 When do you apply nitrogen? Did you know these facts about nitrogen management?