A Brazilian’s Take on American Agriculture

It was not my first time in America but it was my first time at the Farm Progress, the America’s largest outdoor farm equipment show. 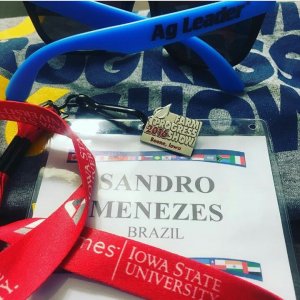 Brazil and the USA have been the world’s largest grains producers but according to FAO, Food and Agriculture Organization, the USA have 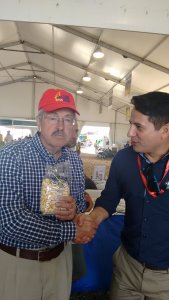 produced, on average, 8030 pounds per acre, more than twice the Brazilian’s grains productivity.  And since I started to travel to America for working, specially around the region, in which is worldwide known as Corn Belt, I have thought and tried to understand what are the main differences between Brazil and the USA agricultural scenario or better, what lessons the Brazilian agriculture can learn from the American agriculture.

Concerning the weather, at the Corn Belt the environment conditions cannot be considered a differential or favorable, the snow covers the field during much of the year. 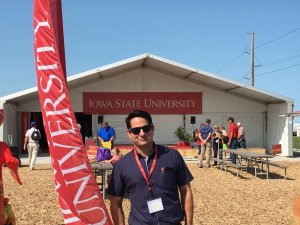 Speaking about the differences, the first element that I have noticed was the production model, in the USA the farms are smaller and managed by families and it is rare to find a farm where there is no road passing across its gate. Therefore, it is the second element: the logistic. With good roads and the world’s biggest railroad the American agricultural production has being transported quickest and at the lowest cost in comparison to Brazil. The third element, in my opinion, is education. Currently there are plenty of courses in agricultural science available in the USA, result of an incentive program from the government and universities.

Finally I would say that when you are in the Midwestern US you know you are in the country that treats agriculture as a priority. We can learn from American experience, especially concerning public policies and government investments in infrastructure and education.