Lora Howell entered into the 2018 crop year with limited experience in precision agriculture technology and ended it with a 20-bushel/acre yield advantage over 2017 production.

When the Danville, Ohio, farmer was named the winner of the Ag Leader Tech My Farm contest during the fall of 2017, she used the award to purchase Ag Leader tools that addressed specific needs on her farm, including an InCommand® 1200 display with AgFiniti® app, SureStop® planter clutches, OnTrac3™ assisted steering system, GPS 6500 receiver and yield monitor.

Now that the 2018 crop is in the bin, Howell is looking back on how her operation improved during the last growing season with her newly expanded technology toolkit and skillset. Her goal was to become more productive and efficient and also build a strong foundation of tech tools her kids can use once they take the reins of the farm.

“The year went well for us as far as learning the technology. This technology can show you where you’ve saved money and which hybrids produce best for you. It can bring a lot of information to light,” Howell said, adding that some of her corn fields saw a 20-bushel/acre yield advantage over 2017 production. “We were able to have documentation of each field’s yields based on variety for future reference, and I am buying seed for next year a lot differently than I was a year ago.” 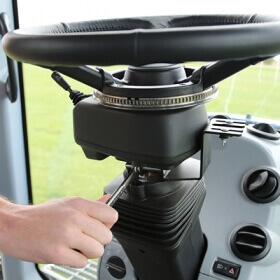 It didn’t take long for Howell’s new precision ag additions to show their mettle. With the InCommand 1200 display and advanced seed tube monitoring with SeedCommand® planting system, Howell was able to diagnose an early issue that ultimately boosted her corn yield by eliminating a common early-season problem. The singulation was off on one of her planter row units, causing the planter to distribute seed at the wrong rate. The InCommand helped catch the issue quickly, enabling the farmer and her local Ag Leader dealer, Evan Watson, to make the necessary adjustments to allow the planter to resume distributing the right seed population.

“The singulation on one row had a mechanical issue,” said Watson, ag technology specialist with Precision Agri Services in Minster, Ohio. “Every other row was planting at around that 96-97 percent accuracy range, which is fairly common for the type of finger pickup meters on her planter. One row was in the 80s. We went back and looked and her set brushes for singulation on the meter itself were not adjusted properly. We fixed it and got that row back up to that 96-97 percent range.”

{image4} It was a fairly simple fix, one Howell was able to make because of her new Ag Leader lineup. But when she harvested that field this fall, and Watson calculated the yield difference based on having returned that row’s singulation to normal levels, the yield difference was significant.

“With that one row being around 80 percent accurate at first and getting it back up to around 97 percent, that’s every bit of about 20 bushels/acre. If she hadn’t had that Ag Leader system like before, she would have never known it was an issue until harvest,” Watson said. “That window into her planter was something she’d never seen before. It was a failsafe. She made an adjustment at planting by having more data at her disposal, and it paid off at harvest.”

Howell found another benefit from her InCommand 1200. By tracking crop moisture levels as she harvested, she had a leg up on how she stored and handled her corn. “We knew our moisture levels spot-on, so I knew exactly where to set the grain dryer. The monitoring system worked beautifully,” Howell said. 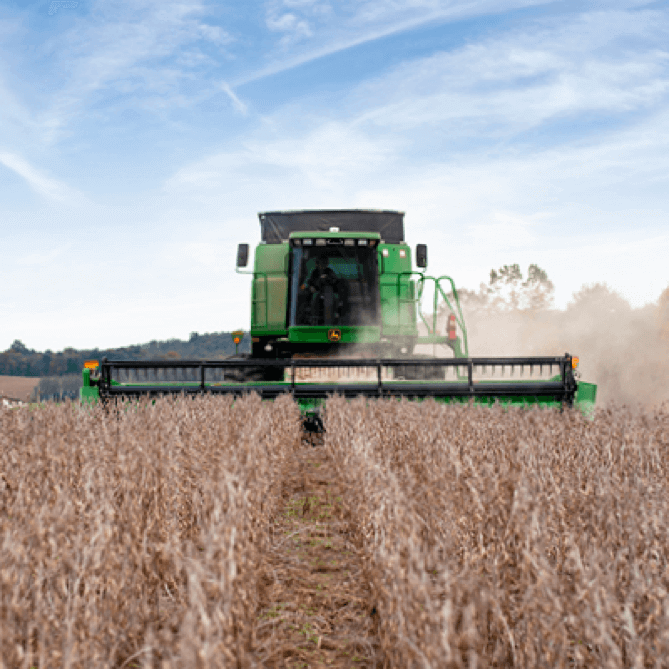 One of the tools Howell added to her operation through the Tech My Farm program was an OnTrac3 assisted steering system, something that initially was seen as more of a comfort and convenience tool than one for productivity. But Howell’s farm features a lot of irregularly shaped, contoured fields that can pose challenges, especially with planting and in-season fertilizer and pesticide applications. Combined with a GPS 6500 system, the OnTrac3 did make an operational difference. One major change: It prevented breakdowns by allowing her to keep her eye on the field in front of her, rather than the implement behind her. So in encountering any field obstacles, she could react quickly before they inflicted damage on her machinery.

“It just takes some of the stress off during major field operations. There’s a lot to watch when you’re planting, spraying or harvesting, but having assisted steering and being able to monitor the fields knowing the system is helping you control everything helps eliminate stress and you don’t have as much to worry about with things like overlap and leaving gaps. She can be more efficient now,” Watson said. “That GPS 6500 really performed well this year. It did its job so she could focus on doing her job.”

Results when it counts

Tools like the InCommand 1200, OnTrac3, GPS 6500 and yield monitor added up to real results at harvest. Howell was able to closely monitor her yields and see just how much of a difference the tools made at key times during the growing season. But the true benefit came later when she was able to take that information and apply it to early decisions for her 2019 crop.

“This technology is changing her decision-making. While she was harvesting corn, she got into one field that was doing really well, yielding around 200 bushels/acre in spots, and she was tickled to death. She knew she’d had issues in some spots, but she also knew what she had planted, and that there were different varieties. One had weaker stalk strength than the other, and it didn’t perform as well as the other one,” Watson said. “She was able to pick up on that because of her technology at harvest, and I would say that will go a long way to helping her make better seed decisions for next year.”

Building blocks for the future

The Ag Leader components Howell added to her operation this year are likely just the beginning for the Ohio farmer. She knows some of her fields lack adequate drainage, which she may remedy down the road with precision tiling. She’s also discovered a lot of variability in soil fertility through her new precision ag tools and hopes to get more consistent with variable-rate applications in the future. And through her improved attention to soil conditions, Howell now has the information on which to base future purchase decisions to better match field operations to her soils.

“She may want to consider a downforce system to add to her planter,” Watson said. “ldquo;With downforce sensors on all the rows on her planter and having that information displayed on her InCommand 1200, she can make adjustments to her down pressure automatically. That can increase her yields. Downforce simply pays by getting that seed planted at the right depth. With good growing conditions, it just leads to more consistent yields.”

Creating a legacy for the next generation

On top of using her new Ag Leader tools to improve the output and efficiency of her crop operation, Howell has found unique value to the technology in other ways that will have long-lasting impacts on not just her farm, but her area’s ag economy. She recognizes her children — daughter Lindsey and son Justin — will one day take on the ownership and management of her family farm, as will other local teens and recent college graduates. She knows their aptitude for adopting new precision ag technology is higher than many in her generation, and she knows how important it is to share her experience with local youths, so they are prepared to one day be ag leaders themselves.

“We had the local FFA chapter on the farm this fall, and Justin was on the combine showing them what all this technology does. When push comes to shove, I call Lindsey and she is there at the drop of a hat. I am really proud of these kids, watching them learn,” Howell said. “I wanted this technology for the kids, so the kids can make the decisions on this farm someday.”

Her adoption of Ag Leader technology — and the legacy she hopes her children will continue in staying attuned to evolving technology — is something Howell credits to the guidance and expertise of Ag Leader service technicians and company leaders who have helped her become one of the area’s most tech-savvy farmers.

“All of this technology has to work with the equipment on every operation. It has to be tailored to your operation and how it’s been built, and every operation has a different makeup,” Howell said. “Ag Leader is good at it. Those guys, they all know what they’re doing so well and can talk you through everything, and I really appreciate that.”