Thijs Rensink has been appointed a service and support professional at the office.

Thijs studied ICT, Information and Communication Technology, at the Nijmegen high school, and graduated at the HAS Agriculture University Den Bosch. 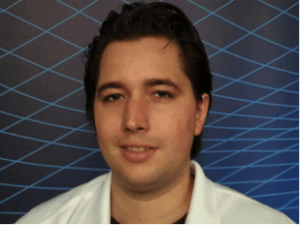 Thijs did research in rearing crickets and egg production. The research included working four weeks in Kenya with a local organization and local farmers.

As proof of his international orientation we can state that Thijs worked at the Barba Goat Farm in Ireland, for milking, animal care, feed analysis and other activities.

In The Netherlands, Thijs contributed to a project designing a concept model of an irrigation planner. This planner could be used by farmers to see the amount of water (in millimeters) he/she should use for irrigation per plot. The planner included the correct order of plots with the according reel and crop.

In the world, sometimes lack of water is a bigger problem than any kind of Precision Farming.Thijs knows what international farming is, and what ICT can contribute to that.

We trust Thijs will be of great value to our team, presenting the Ag Leader qualities to various markets in the EMEA territory.

Thijs will be at Ag Leader headquarters in Ames, Iowa the first 2 weeks of March for training.