Back on the Road with Travis Green

As I mentioned last week, our farm is just a few miles south of the Gettysburg Battlefield and we regularly pass by the High Water Mark where Pickett’s Charge was foiled by the Union Army.

And, rumor has that an old tenant house on our farm was used by Mason and Dixon’s crew while surveying the symbolic diving line between North and South. 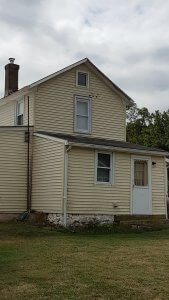 So in this historical context I started the week off heading south of the Mason-Dixon line to North Carolina. Back last year, Ag Leader partnered with the Tidewater Reasearch Station in Plymouth, NC to host this years’ Ag Leader Road Tour. At that time I met Jewell Tetterton and his friendly staff at the Tidewater Research Station. A game plan for the Road Tour event was drawn up. The highlight of the event was a replicated plot that compared the performance of a John Deere 7300 planter, equipped with factory chain drive meters and spring down pressure (circa 1996) and upgraded the next day with Ag Leader’s SureDrive™ and individual row Hydraulic Down Force (circa 2016). Planting went smoothly. See it for yourself here.

This week, the final chapter of my Road Tour experience in NC was to be written with the harvest of the replicated plot in Plymouth. I set out mid Monday AM, hoping to beat the rush hour traffic on the Washington, DC Beltway, but was not successful. Nearly 30 minutes was added to my trip due to traffic. Once clearing DC, it was smooth sailing to Plymouth where I met the staff at TRS to finalize plans for harvest with the station’s CaseIH 2144 combine. The following day we met at 10:30 AM, and I was greeted by a bald eagle sighting. 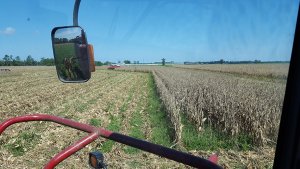 During harvest, combine operator Kelvin and I separated the data in the InCommand 1200™ by switching between “1996” and “2016” regions. I was pleased to see a 5 bu./acre yield advantage in the plot. 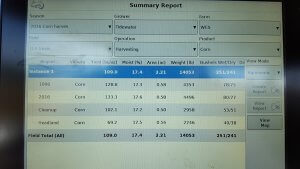 With plot harvest concluded, I said good-bye to my new friends in Plymouth and proceeded back north. Along the way, I made some detours to snap pictures and get my first field experience with cotton and peanuts. 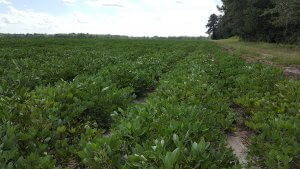 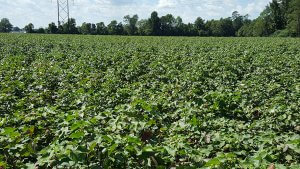 Neither are grown within 300 miles of PA, so seeing a peanut in the soil and touching unprocessed cotton for the first time was a neat experience for me. I was hoping to avoid afternoon traffic around DC but once again hit stop and go traffic at 7pm. 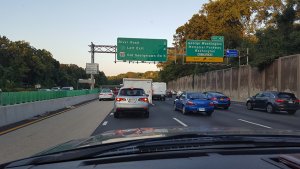 Wednesday was an office day to catch up on 2 weeks of emails and to prep for a day with Jarrod Asper. Jarrod had recently taken on the role of Precision Ag Sales and Service with a new Ag Leader dealer. We had two farm visits planned for Thursday, first with Chris who is in the process of taking over his family’s farm in MD. Chris has a fulltime job as a firefighter, owns a JD 9500 with Ag Leader Versa and recently upgraded to a 12 row John Deere 1770 so that he can maximize his time on the farm while not at work.

After asking Chris about his current lineup of farm and precision ag equipment and potential future upgrades, Jarrod and I suggested an InCommand 1200 because of its seeding capabilities that Chris may want to add in the future. For now, we are planning to utilize the split screen on the InCommand 1200 to utilize the 1770’s existing ISOBUS modules until better economic times can support an upgrade to Ag Leader modules that will provide Advanced Seed Monitoring and Hydraulic Down Force.

Next stop with Jarrod was to a meet Dave, a former Ag Leader customer that I have known for quite some time. Dave had an Ag Leader® Integra in a previously owned combine but now runs two John Deere combines, a S680 and 9660. Both currently have John Deere yield mapping systems, but the 9660 is in need of its 3rd new moisture sensor. After weighing his options, Dave also opted for an InCommand 1200/GPS 6500 bundle over the InCommand 800 because of its planter and split screen capabilities. Dave now has the option of adding OnTrac 3™ to the 9660 in the future and is considering the possibilities of adding another Ag Leader InCommand display to his S680. Steering would be performed by the existing John Deere AutoTrac system, with GPS info shared to an InCommand display that would be responsible for collecting and sharing yield data with the 9660 via the forthcoming DisplayCast feature. Neat stuff!

Friday was a typical Friday office day, complete with conference calls and reports. This weekend I plan to spend some time with friends and family and pack for a week in Ohio for Farm Science Review. Before then, I’ll prep Dad’s JD 9500 combine with InCommand 1200 for soybean harvest. 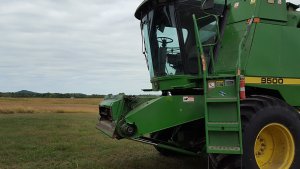 Dad is an excellent operator and understands the value of accurate yield data, but struggles at times with the latest technology. I’ll start an event with the correct crop type and we’ll be good to go. Just like Dave, Chris, and my friends in Plymouth, NC, our farm trusts our yield data to a 24-year legacy of Ag Leader displays. I hope that you will to! Until next time…