Woodhall Growers are part of the G’s Growers group who are one of the largest vegetable and salad growers in the UK. Most of their operations are based in the fens of Cambridgeshire but the company founder, Guy Shropshire, started out in Newport, Shropshire where they now grow organic crops.

Today, Woodhall Growers farm about 500ha, growing a mixture of organic produce including spring barley, spring oats, red beet, spring onions as well as some conventional crops including 100ha of conventional spring onions, winter wheat, early potatoes and beetroot. This is all managed by Will Woodhall who has been with the company for 10 years.

Will has been an Ag Leader user for 2 years, having previously used New Holland OEM guidance systems. I asked Will what his reasons were for choosing Ag Leader:

“Because we lease our tractors every two years, I never know what colour we will be driving, so Ag Leader is a complete stand-alone item that can be easily fitted to any make of tractor. I had worked closely with Carl on the New Holland guidance system for some years and it just so happened that he had moved across to Ag Leader. Back up support is everything in my eyes and I knew I would get great service with the guys at RVT Precision Ag”. 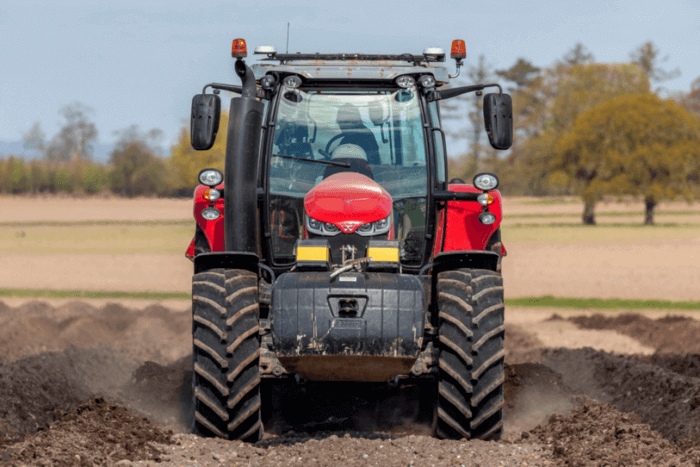 Massey Ferguson fitted with DualTrac for ridging in front of de-stoners.

Woodhall Growers also farm across a wide area (up to 95 miles apart) so it was also very beneficial to move across to RTK via NTRIP as this provided the accuracy and flexibility needed for their operation. They are currently running two SteerCommand® systems and one SteerCommand with DualTrac™ system, all with InCommand 1200 displays using DisplayCast® and are connected via AgFiniti®, which has been a huge benefit to this operation as Will describes:

“For the veg crop we bedform with the DualTrac and then sync to the AgFiniti system. The AB line is then shared with the drill tractor which then drills exactly square on the bed. This has enabled us to drive our camera guided garford hoes 15% faster and also hoe without the camera.

Also this year, we have had all the cereal land soil mapped for variable rate drilling. I am able to complete the maps in the office and send them out through AgFiniti to the lads working in the fields which saves a lot of time. We can also drill with one tractor on the Monday then pick up where he finished with another’s tractor on the Tuesday, which has added a flexibility to my operation moving operators and tractors from one job to another. Not all of my operators are trained on every operations (skilled tractor drivers are getting hard to get hold of) but all the lads can now use the Ag Leader system”.

SteerCommand with DualTrac from Ag Leader has been designed specifically for the high value crop market where highest accuracy and performace are required. It has the ability to work down to speeds of 0.08km/hr whilst maintaining accurate heading. Once of the benefits of a dual antenna system is that it can also start from 0.0km/hr without so much as twitch of the wheels, this maintaining accuracy throughout the entire field. On top of these benefits of DualTrac, Will also believes that the system will future proof themselves for any new operations in this niche industry. 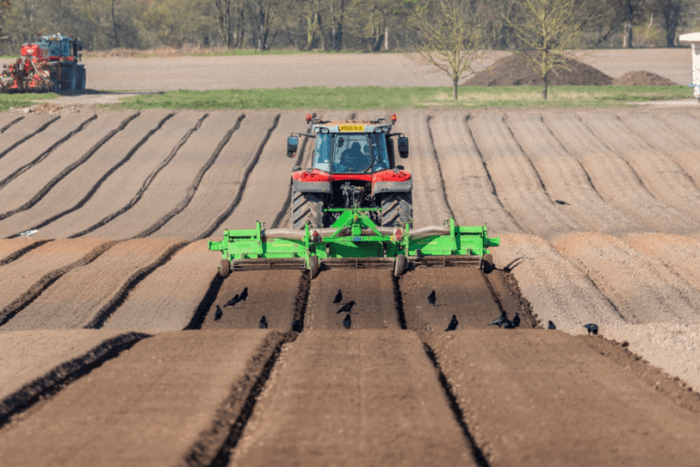 Same Massey Ferguson then bed forming with DualTrac in front of the beet planter.

Will believes there are still more opportunities with AgFiniti and also has plans to add VRA to other areas of his operation as time allows. He sums up farming very well with his final statement: “…never a dull moment…!”