25 years ago, Ag Leader got its start with the first widely adopted on-the-go yield monitor. Since then, Ag Leader has introduced year-round tools to help farmers plant, apply and harvest more efficiently and accurately, along with cutting-edge data management tools for more visibility of information to make superior decisions for their operation.

A lot has changed in 25 years, but one thing has stood the test of time – they’re still leading the way! And to think, it all started in a basement with a crazy idea and a lot of gumption.

In case you missed out on the beginning years of Ag Leader, read part I here. 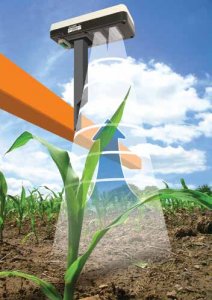 While products were being designed with row crop production in mind, customers and dealers quickly found uses for the products in specialty crops, and creatively adapted the technology to fit.

For several years now Mike Houghtaling has used OptRx® crop sensors to optimize inputs across 2,500 acres of corn, sugar beets, edible beans and cucumbers at his farm in Michigan. OptRx crop sensors measure and record data about crops in real time using the reflectance of light shined on the growing plants.

This is important when rotating crops, especially ones like sugar beets that require just the right amount of nitrogen to maximize yield. An excessive amount of nitrogen actually has a negative effect on beet quality as it results in more leaf growth. Not enough nitrogen means a loss in yield. Getting it right, then, can mean as much as $100 per acre in revenue 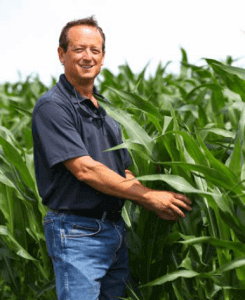 Up until the mid-2000s, moving data happened by way of a USB device in the farmer’s pocket. While other industries had long before adopted cloud technology for data storage and transfer, soon the agriculture industry followed. Ag Leader introduced AgFiniti®, its cloud-based data management platform, in 2014.

The company uses a heavy fleet of sprayers to deliver spraying services across 300,000 acres of corn, soybeans, wheat and barley, as well as some vegetable crops. Keeping track of how each applicator machine is performing requires tremendous data analysis, a process that was streamlined by implementing AgFiniti and the Ag Leader® Integra display back in 2014.

In the past, a USB stick would need to be pulled from the machines and physically transported to the office, where the data could be uploaded and analyzed. With AgFiniti — Ag Leader’s secure cloud-based platform — that data could be transmitted wirelessly. “With AgFiniti we control the data and can delete the data as we want, which gives a sense of security and control other platforms can’t match. One of our biggest selling points is privacy, and AgFiniti keeps us true to our word. It falls in line with our core values,” said Dave Yannacci, Willard Agri-Service. 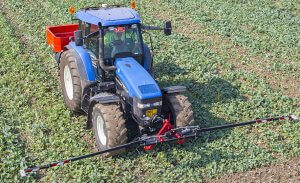 Ag Leader got its start in the Midwest, but quickly found a need for its precision farming solutions worldwide. As the market matured, additional technologies were added to the company’s line-up to further assist farmers in all aspects of their operation, including steering and application control.

The larger the operation, the more data there is to manage. Such is the case for Dairy Holdings Limited of South Island, New Zealand, which operates 58 dairy units on 34,000 acres (13,800 hectares), milking 46,000 cows to produce 35.8 million pounds (16.26 million kilograms) of milk.

Farming 34,000 acres is much more manageable when using the right equipment and technology.

For starters, a SteerCommand® automated steering controller paired with a GPS 6500 receiver gives them best-in-class integrated steering performance right down to the sub-inch. DirectCommand™ simplifies the application management process, providing reliable application rate control to minimize waste. A Versa™ display with AutoSwath™ and Liquid Control Module helps them manage both field data collection and implement control duties. The company also counts on Ag Leader products to manage all of its farm data. 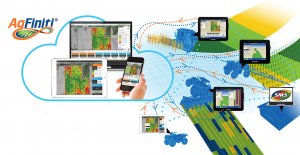 While farming data existed 25 years ago, nobody imagined how it would transform the agriculture industry. Today, data is a common buzzword, but few understand how to harness its power. True to its beginnings, Ag Leader is focused on bringing straightforward, user-friendly tools to farmers to help them collect and manage their data.

John Shaff and his son Peter once utilized an on-farm scale to weigh grain loads as they came and left their 800-acre farm near Clinton, Iowa. That changed in 1996 when they purchased a new combine equipped with a Yield Monitor 2000.

“Before the yield monitor, you never really had any idea what your yields were like until you got back and weighed them. You looked at the corn going through the corn head and thought, ‘well, that looks pretty good,’ but you never knew for sure,”
Peter said. “Once we got the yield monitor, all of that data was right there in front of you. We could start picking out the spots in the field that were good or bad and think about how we might treat those places.”

Over the years, the Shaff’s have added several new Ag Leader tools in an effort to collect as much data as possible. Peter said precision agriculture makes their operation more efficient and he foresees things only getting better.

And the story doesn’t stop there…

This is an excerpt from Insights Magazine. Like this story? Get your FREE subscription here!